I was once told by an art therapist that kids were sexual beings.  Kiki Seror's photographic installations are based on her childhood interest in pornography of the 1970's and l980's.  Her first introduction was keenly her parents porno stash.  Seror's brave honesty, regarding her early sexual experiences, creates an open field for the viewing public to make allowances for their own childhood sexual peccadillos. Each installations consists of approximately 430-520  photograph stills taken while viewing pre-digital pornographic movies.  These movies are from the days of "Beta-max" and "VHS".  The installations as sexual foreplay, methodically and patiently produce cerebral orgasms. Seror referred to an orgasm as a "little death"- "petite mors jouissance",

There is a similarity to Gerhard Richter's "blurred" photographs and paintings.  Richter said that blurring images made " everything equally important and equally unimportant" and blurring also made "all the parts a closer fit".  Seror's photographs blur in and out of focus making some of the images identifiable and others left to the imagination.  Like Richter the images vary in "importance" and "un-importance" and their grid format produce a unified field-"a closer fit". 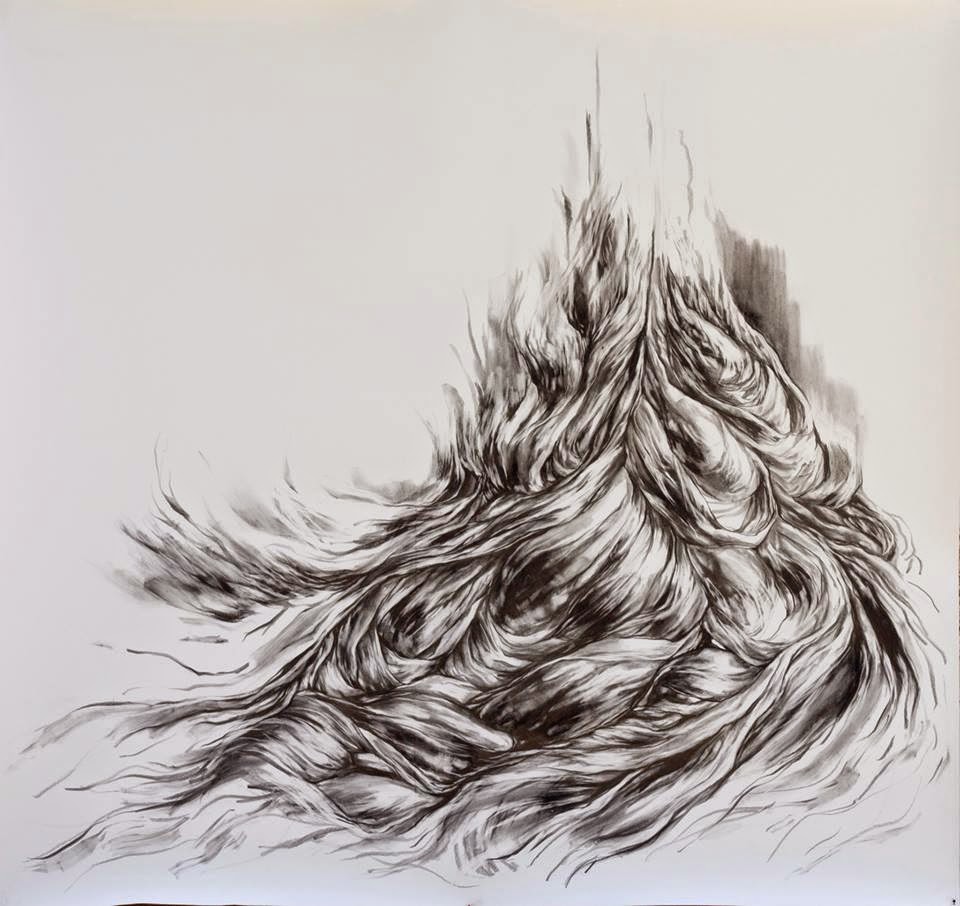 Nancy Baker Cahill's graphite gestural drawings where born out of Cahill's re-entry into making art.  She said that she had been away from her art practice for a little more than ten years.  She began by making a drawing each day in a sketch book.  The exhibition contains a book of her daily drawings in addition to large scale drawings on paper.  These drawings are simply displayed unframed and pinned to the gallery walls.  Cahill's presentation defines her need to be intimately involved with her work-which she named "conceptual intimacy".  During our  interview I asked her how her work fit into the "explicit imagery" category.  My imagination went to "pubic hair".  She said that the "id was in charge".  Cahill called her drawings "erotic landscapes" with a fair amount of ambiguity.  Her simple elements of paper and graphite can produce aggressive marks that exceed the boundaries of her physical body.  She continued to describe her process as "viscera at work"-searching ceremonially and experiencing a range of emotions. 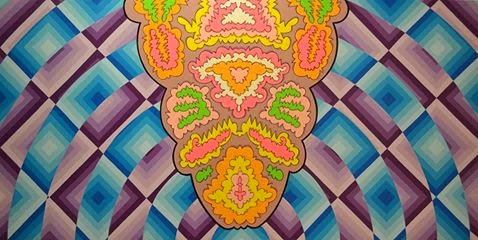 John Weston shares Seror's focus on genitalia.   There are multi-cultural influences in his work. He includes his personal travel experiences of Japan and Japanese imagery from art films and comic books.  Many of his patterns also originate from Navajo and Mexican pottery.  He expressed an interest in the "vernacular"-the everyday patterns as seen in Native American, Mexican, Islamic as well as Psychedelic, Pop and Op art.  The complementary colors create vibrations that could be associated with an "orgasm".  The stylized representation of the phallus and the vagina are reminiscent of Indian-Hindu religious interpretations of the Yoni and the Lingum. The union of these two symbols are representative of the eternal process of creation and regeneration.  Weston spoke of "stylized sexuality" which "vascelates" to a more "literal" context.  The same is true of the sculptural interpretations of the Yoni and Lingum .  The Yoni can be an abstract of Shakti and Devi the creative life force (feminine) and the Lingum-the generative power of the Lord Siva (male). 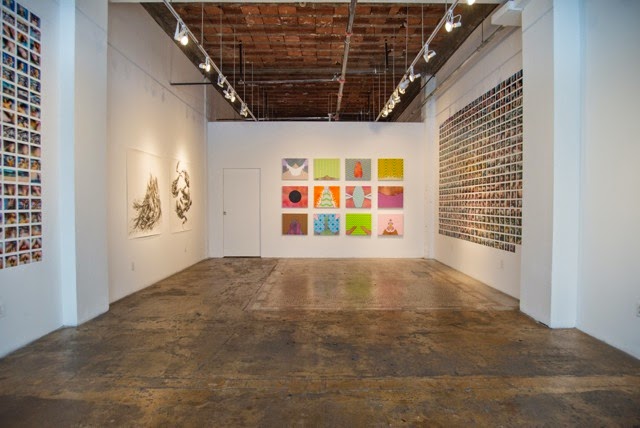 Installation shot of the three artists at CB-1 Gallery
Posted by Sandra Vista at 12:08 AM